The island of Aruba is part of the Lesser Antilles in the southern Caribbean. The dreamy island should not be underestimated despite its relatively small area, because there are some of the most beautiful beaches in the world. Diving, swimming and exploring nature, you can even meet flamingos on the beach.

The island with the capital Oranjestad belongs to the Dutch crown, so the official language is also Dutch. It is only about 25 kilometers from mainland Venezuela. Aruba is the smallest and most westerly island of the so-called ABC Islands (Aruba, Bonaire, Curaçao).

Below we present you the most exciting tours, most beautiful attractions and best sights in Aruba. 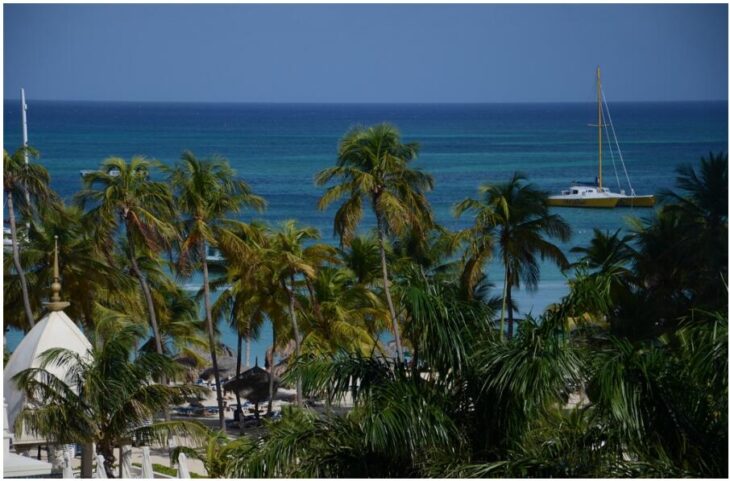 The capital of Aruba is certainly one of the first sights that most travelers will see. After all, Queen Beatrix International Airport is the point of contact for all aircraft from the Caribbean, Europe and the United States. Cruise ships also dock in Oranjestad, which is best known for its picturesque old town.

The colorful houses make the Dutch colonial influence clear, all buildings are richly decorated and popular photo opportunities. The city also has many other attractions to offer, for example the Archaeological Museum, which depicts the island’s 5000 year history. Fort Zoutman, the oldest building on the island, as well as a stroll through the center with many bars, restaurants and shops are always worth a visit.

Arikok National Park accounts for approximately 20% of the total area of ​​Aruba. It was only confirmed by the Dutch government in 2000. The nature reserve is located in the northeastern part of the island and is home to a large number of animal and plant species. In addition, rare jewels are hidden between the dunes and rocks. The national park impresses with a landscape of cooled lava, quartz diorite, limestone, shifting dunes and dry river beds.

The hiking trails and drives lead you to the caves with their Indian rock carvings from bygone days or to bays such as Moro, Boca Prins and Dos Playa. The “Movie in the Park” event, an outdoor film screening, is held here every month. Despite the steady breeze in Aruba, it can get very hot at lunchtime in the national park. But there is also an experience of nature that is rarely found in the Caribbean.

The California Lighthouse is located on the northwestern tip of the island, in the Hudishibana region. The lighthouse was named after the SS California, a ship that was healthy off the coast in 1891. The California lighthouse was completed around 1916 and is now one of the most popular sights on the small but fine island of Aruba.

The tower is about 30 meters high, the lamp house has a diameter of 7.5 meters. The listed building is one of the landmarks of the country and is a very popular destination. Many car safaris across the island end at the lighthouse. From up here you have an excellent view of Aruba and the surrounding ocean. There is also a restaurant at the foot of the landmark.

On March 10, 1940, the German merchant ship “Antilla” was sunk by its own crew on the orders of the Wehrmacht. Today the ship lies around 700 meters off the coast of Aruba at a depth of 18 meters on the port side. When the tide is out, parts of the ship even protrude from the blue water. The former pride of the Hamburg-American Packetfahrt-Actien-Gesellschaft was one of the most modern cargo ships of its time, partly due to its innovative hybrid drive.

It was called the ghost ship by the islanders. The ship was sunk by its captain because it was anchored in Aruba when Germany was invading Holland. Today the wreck, which was split in two, can be admired from the boat. Or you can dive down and explore the coral-overgrown remains. Schools of fish, turtles and moray eels have found a new home in the wreck. A fascinating experience for divers!

The heavy rocks of Casibari and Ayo protrude from the otherwise flat landscape of Aruba from afar. They are large boulders made of quartz and diorite. They don’t just stand around in the area, but sometimes pile up to form huge piles of rock. According to geologists, these heaps are said to have been created by volcanic eruptions over a million years.

In Casibari, the rocks are the main attraction of the landscape park. The rocks can be climbed via railings and artificial paths. In the vicinity of the village of Ayo, on the other hand, are the rocks that nature has created here. The rock formations were sacred to the Arawak Indians. Many millennia-old drawings can be found on the stones here as well. 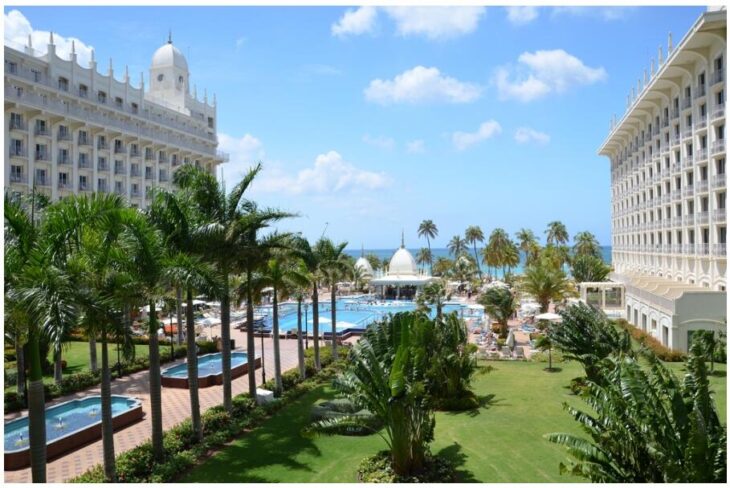 The Natural Baby Bridge can be considered the descendant of the Natural Bridge. The Natural Bridge was once one of Aruba’s most popular attractions. As the name suggests, the bridge was created naturally. The surf swept coral limestone and over time a transition up to 100 meters long formed from it.

With these dimensions, it was not only possible to hike over the bridge, but also to drive over it by car. In 2005 it finally collapsed. But immediately afterwards, the smaller Natural Baby Bridge was created. The remains of the Natural Bridge still give an idea of ​​the size of the natural bridge. Even without the two bridges, Andicuri Beach is worth a trip as a natural spectacle.

The ruins of the Bushiribana gold mine date from a time when treasure hunters sought their fortune in the New World. The name of the island is said to have been Oro Ruba, which means “red gold”. Attracted by this legend, treasure hunters headed to Aruba. In fact, they first discovered gold in 1824. A gold rush set in, but it didn’t last long.

The remnants of this brief gold rush can still be seen on the north coast of the island. Here are the stone ruins of the gold mine. It was built in 1874 by an English mining company. It is located near the Natural Baby Bridge. A detour is worthwhile for those interested in history.

Relaxed days on a dream beach should not be missing on a typical Caribbean vacation. Eagle Beach is one of the most beautiful beaches in Aruba and is one of the most picturesque bathing paradises in the entire world. There is everything you could wish for here: soft, white sand and fantastic blue water. It is also the largest beach on the island.

Eagle Beach in Aruba is located about northwest of the capital Oranjestad and can be easily reached by bus or car. Due to the expanse of the beach, you can really relax here. In addition, the famous Divi-Divi trees, the symbol of the island, grow on Eagle Beach.

An alternative to Eagle Beach is Flamingo Beach, which can be found on many postcard motifs from Aruba. The namesake are of course the pink flamingos on the beach, which repeatedly cause storms of enthusiasm on the Internet and have a large share in the island’s popularity.

In fact, with a bit of luck, you can swim right next to the birds. This beach is ideal for taking wonderful photos in a dream setting. The flamingos are located on the private Renaissance Island, off the coast of Aruba. The best way to get to the beach is to book a room at the Renaissance Hotel or book a day trip.

The journey to see him alone is an experience. The Natural Pool, even if it doesn’t sound that exciting at first, is one of the most popular attractions in Aruba. Many visitors prefer swimming between the rocks even to the beaches. 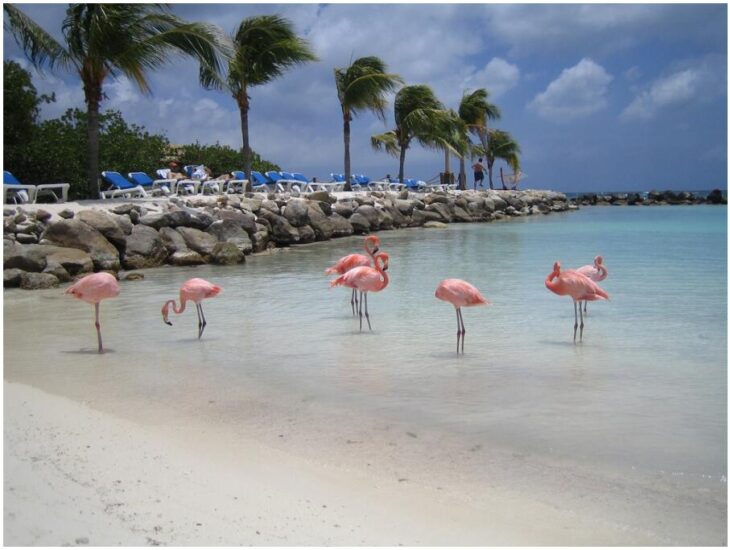