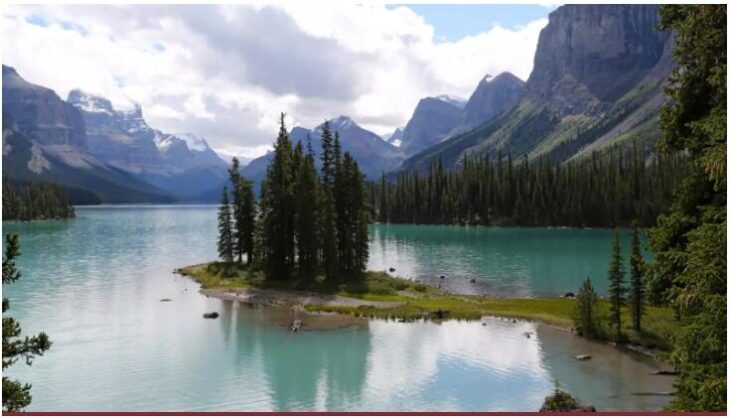 With an area of ​​almost 10 million square kilometers, Canada extends over six time zones and at the same time six climate zones. The regions of Canada are as diverse as its climatic zones. Whether you are looking for the cold climes and wilderness of the Canadian north, the mild climate of the west coast of British Columbia and the dramatic scenery of the Rocky Mountains in Alberta, the vastness of the Canadian prairies Saskatchewan and Manitoba, the multicultural life in a big city like Toronto in Ontario, the French culture and language in Quebec, or the idyll of the Canadian Atlantic provinces preferred, Canada offers a suitable travel destination for almost every taste.

Due to its great extent, Canada harbors a corresponding range of climatic zones: Both the polar and the maritime, continental and cool temperate zones extend over the country. For example, on the western Pacific coast and the Atlantic coast in the east, the winters are milder and the summers warm. In other parts of Canada such as inland, however, there are long winters with low temperatures and a lot of snow, although higher summer temperatures are quite possible in the interior of the country.

The summer months between June and September are popular with travelers to Canada, and July and August for the north of the country, before the first snow can fall in September. The ski season runs from November to April. May is recommended for the southernmost regions, before the temperatures in the interior of the country can rise considerably in midsummer. On the Atlantic coast, however, it is also rather cool in summer. You can also travel to the southern Pacific coast (Vancouver) in winter. If you want to experience the Indian Summer in Canada, you have to plan your trip in autumn, the color of the leaves is most intense in the eastern provinces of Ontario and Quebec. 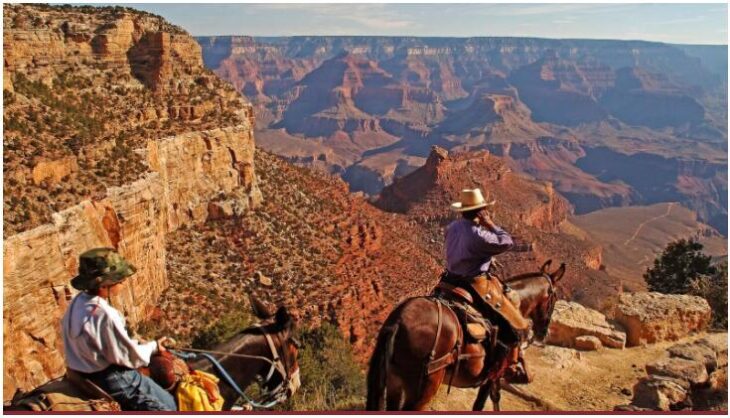 United States of America is a country located in North America. It  covers around 40 percent of the territory of North America and is the third largest country in the world in terms of area after Russia and Canada. It is divided into 50 states and with the Hawaiian Islands and smaller outlying areas also has a share of Oceania. The capital is Washington DC, but New York City is the largest city in the United States.

The United States emerged from the thirteen colonies that declared themselves independent from motherland Great Britain in 1776. Due to constant immigration from Europe and later Asia, displacement of the indigenous people, territorial expansion to the west, annexation of large parts of Mexico and industrialization, the USA gained global political influence from the end of the 19th century. This was particularly evident in the two world wars. After the collapse of the Soviet Union, the USA has been the only remaining superpower since the beginning of the 21st century.

The USA extends over a large land mass and can therefore be assigned to several climate zones. The north is considered continental, the southeast is humid-subtropical up to tropical Florida. The south-west is determined by the desert climate, while the Rocky Mountains have an alpine climate and the northern Pacific coast has a humid oceanic climate.

An optimal travel time can only be recommended depending on the specific destination and the desired leisure activities. Winter can be used, for example, for a beach holiday in Florida as well as for winter sports in the Rocky Mountains. Hikes and city trips as well as beach holidays are ideal in the spring months, before it gets too hot in summer. If you want to experience the Indian Summer, you have to travel to the USA in the fall. The foliage color is most intense in the northeastern New England states.

Alaska is the largest state in the USA with 20% of the area, which is roughly five times the size of Germany. At the same time it has one of the lowest population densities in America with 680,000 inhabitants. In addition, Alaska is the region of superlatives: here are the highest mountains in North America, with the Yukon River one of the longest rivers in the world, in Cook Inlet the highest tide differences, the world’s highest population of grizzly bears and bald eagles and in Anchorage the largest seaplane airport of the world. The capital of Alaska is Juneau (32,000 inhabitants), which can only be reached by ship or plane. The largest city is Anchorage with 290,000 inhabitants, followed by Fairbanks with 52,000 inhabitants. This means that half of Alaska’s total population already live in both major cities. 15% of the population are “natives”, ie indigenous people of various Aleut, Indian and Eskimo tribes. Alaska was bought by the Russian Empire in 1867 for $ 7.2 million, a rather symbolic amount for the size of the country – but it wasn’t until 1957 that Alaska officially became the 49th state in the United States. English is the main spoken language, and in individual villages the indigenous people use their own ancient languages ​​in addition to English.

Inner Alaska has a continental climate. The north of Alaska, however, has a subpolar climate, which is associated with long, dark and very cold winters. In the short summer months in Alaska, contrary to some expectations, it can get quite warm. A large part of the snow then even melts on the peaks of the mountains north of the Rocky Mountains (up to 3000 m). Unfortunately, Alaska is one of the regions of the world where climate change is most noticeable. The average temperature here has risen by about 2 C since 1970.

The best travel time for Alaska is roughly from May to October. In terms of temperatures, June and July are very pleasant months to travel, although unfortunately a large number of mosquitoes must be expected. Alaska’s north coast is interesting from August, when the so-called Indian summer sets in. 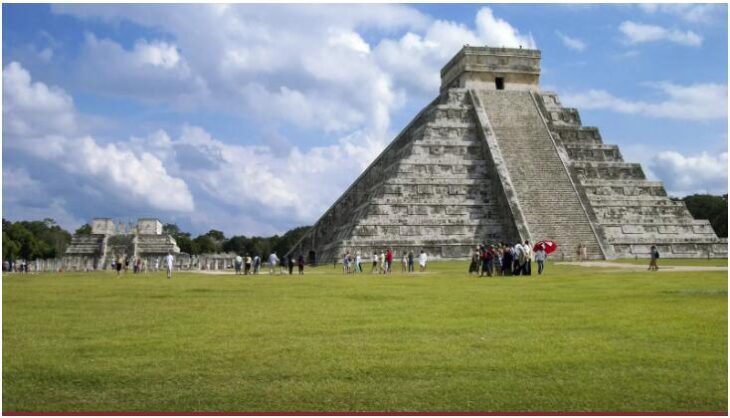 According to Countryaah, Mexico is a federal republic between North and Central America. The country is named after the capital of the Aztecs, “Mexico-Tenochtitlan”, now Mexico City. The state capital is the political, economic, social and cultural center, as well as the largest transport hub in the country. With a total area of ​​almost two million square kilometers, Mexico is the fifth largest country on the American double continent. With a population of around 122 million people, Mexico ranks tenth in the world.

Depending on the coast and altitude, different climatic zones dominate Mexico. In the subtropical northwest, summer temperatures of up to 35 degrees Celsius are reached, while the alpine mountains have lower temperatures. The south-east of the country is more humid than the desert-like zone.

Less precipitation is expected in Mexico between October and May, but snow can occur at higher altitudes. Vacationers should also think of warm clothing for city trips. Between July and August, diving holidaymakers can watch whale sharks off Isla Holbox. Northwest Mexico is also worth a visit during this time thanks to the mild temperatures.