Hardly any other country is surrounded by so many secrets as «the golden land» Burma. Hidden behind the bamboo curtain for decades and only opened to foreign visitors for a few years, Burma is considered the most original travel destination in Southeast Asia. Golden pagoda domes sparkle in the sunlight, picturesque villages pass by in slow motion while the ship glides leisurely on Burma’s lifeline, the Irrawaddy. Although the modern age is gradually arriving, Burma is shaped by deep religiosity and traditions. See Countryaah for more countries starting with letter B. 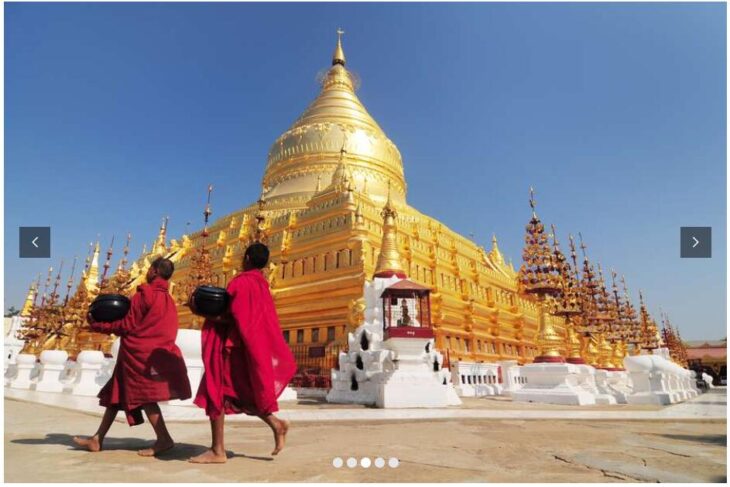 Best travel time: The Upper Irrawaddy is best traveled after the rainy season from October to February. Only then will the river have enough water and be navigable.

Tip: In addition to this route, there are many other river cruises with other destinations and / or shorter travel times. We are happy to advise you on the routes and dates to find the perfect river trip for you.

Day 1: Zurich – Mandalay
Flight from Zurich via Bangkok to Mandalay.

Day 2: Mandalay
In the afternoon, arrival in Mandalay and transfer to the ship. Free time. Welcome cocktail on board in the evening.

Day 3: Mandalay – Amarapura
City tour in Mandalay, the last legendary capital of the Burmese Kingdom, with a visit to the famous Mahamuni Pagoda, the Shwenandaw Kyaung teak monastery, various handicraft workshops and a gold leaf production workshop. In the afternoon bus excursion to Amarapura with a visit to a silk and cotton weaving mill. Walk on the longest teak bridge in the world, the U Bein Bridge. 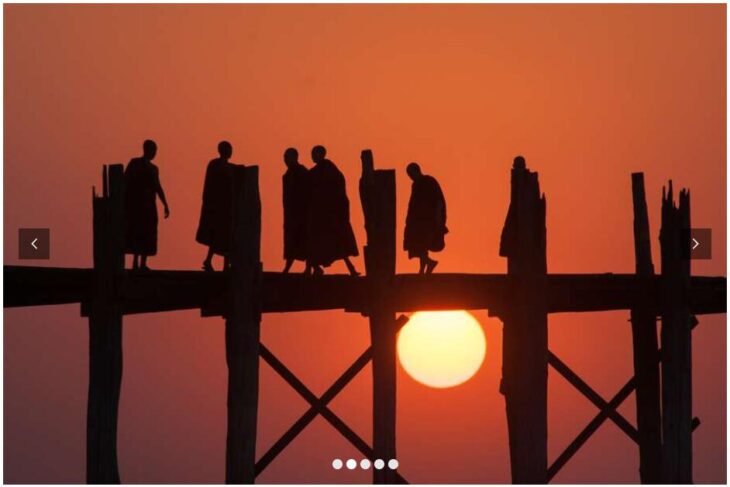 Day 4: Mandalay In the
morning, the second part of the city tour in Mandalay. In the afternoon a boat trip upriver through the third and longest of four bottlenecks in the course of the Irrawaddy. Presentation of Burmese traditions and customs on the sundeck.

Day 5: Nwe Nyein In the
morning, visit the spectacular pottery in Nwe Nyein, where 200 liter water pots are made and distributed across the country by water. Afternoon boat trip with lectures on board. Passing the Anyathihadaw Pagoda in the middle of the river upstream and again downstream in the evening after the ship has turned.

Day 6: Mingun – Sagaing In the
morning visit to the famous Mingun temple, the facade of which has a prominent crack. Here is one of the largest hanging, still intact bells in the world. In the afternoon bus excursion to the beautiful Sagaing Hills with their over 1000 sanctuaries and hermitages. The place is a center of Buddhist piety and meditation. Visit to the Sun-U-Ponnya-Shin-Pagoda from the 14th century and visit to a nunnery.

Day 7: Pauk Taw
After breakfast, walk in Pauk Taw, a small village right on the Irrawaddy bank. The Pauk Taw community consists mostly of small farms. In the afternoon cruise down the river with a lecture.

Day 8: Amyint – Monywa
The residents of Amyint always look forward to international visitors. During a walk in the morning an insight into the typical Burmese village life is given. Afternoon bus excursion through the lively port city of Monywa on the Chindwin with a visit to the Thanbodi Temple.

Day 9: Monywa – Phowin Taung In the
morning, the second part of the city tour in Monywa and visit to the Phowin Taung caves, where impressive wall paintings can be admired. In the limestone caves there are over 400 niches with Buddha statues which were built between the 14th and 18th centuries. In the afternoon boat trip upriver.

Day 11: Minkin
Visit on foot to the two villages Kan and Kyi Taung Oo. With its teak monasteries, the place is one of the most interesting places in Burma in terms of art history. The monasteries there are decorated with impressive wood carvings and golden wall paintings.

Day 12: Kalewa – Masein – Mawleik
Morning city tour in Kalewa, the most important port city on the Chindwin for trade with India. Continue upstream past Masein with its many small pagodas on the hill. In the afternoon in Mawleik, walk through the city and to the local market with rickshaws, Burma’s typical vehicle. Many buildings from the colonial era are still preserved. The city was the administrative center for the upper Chindwin region during this period.

Day 13: Gazet
Walk in Gazet, a small riverside village with only about 270 houses. The hospitality of the residents is impressive. Afternoon boat trip down the river.

Day 14: Bagan
The former, historical royal capital Bagan is one of the largest archaeological sites in Southeast Asia with over 3000 Buddhist sacred buildings made of brick. First part of the city tour by horse and cart in the afternoon. After dinner traditional puppet show on board.

Day 15: Bagan
Second part of the city tour by bus in the morning with a visit to some of the most important temples and pagodas. In the afternoon, a bus excursion to other selected sights and a visit to a traditional lacquerware factory. In the evening a farewell cocktail on board.

Day 16: Bagan – Yangon
Disembarkation early in the morning and transfer to Bagan airport. Lunch in a local restaurant in Yangon. Then transfer to the hotel and check-in. In the late afternoon bus excursion to the famous Shwedagon Pagoda, the landmark of the former Burmese capital.

Day 17: Yangon – Zurich
Breakfast in the hotel and check-out. Then start of the second part of the city tour in Yangon with a visit to the Scott market with its countless shopping opportunities and a photo stop at the city center. Lunch in a local restaurant. Further sightseeing in the afternoon. Then transfer to the international airport in Yangon and flight back to Zurich via Bangkok.

Day 18: Zurich
Arrival in Zurich early in the morning and individual journey home. 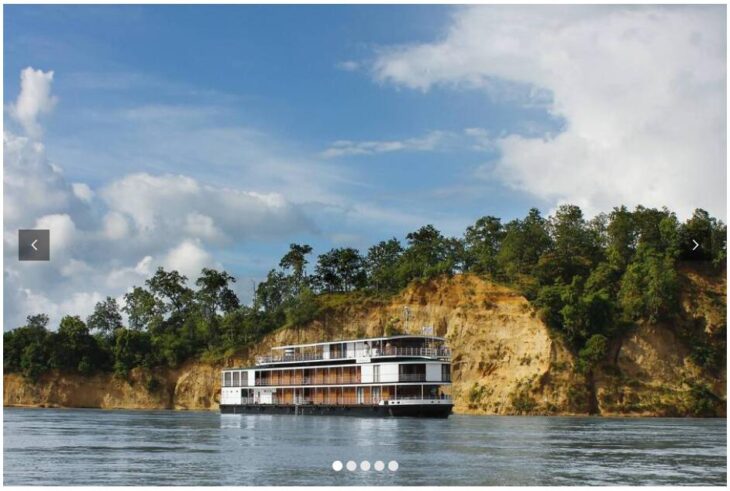